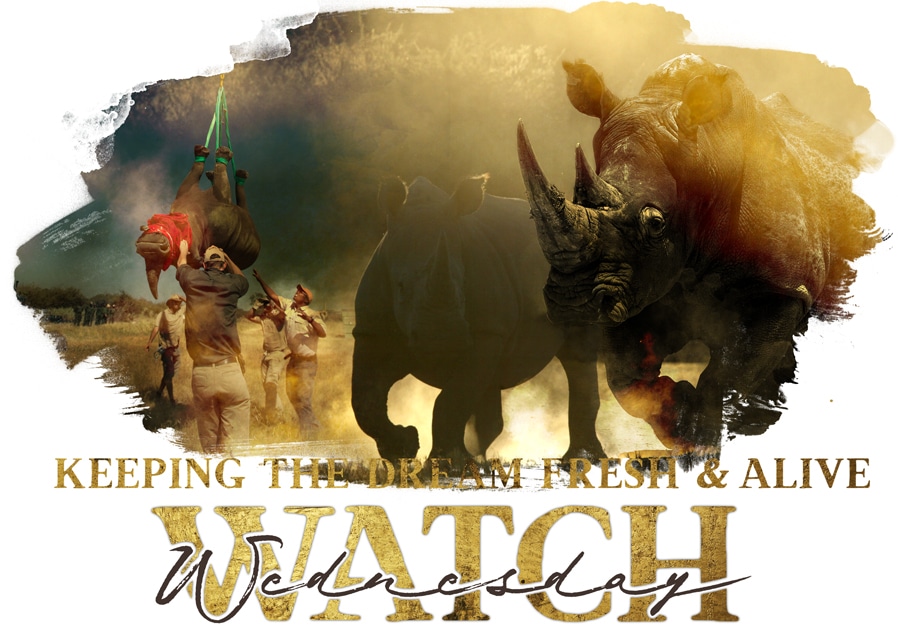 BABY ANGELA – A RHINO IS BORN

Yesterday I looked at film footage that is both heart pumping and heart-warming, images of a rhino hanging upside down, feet tied, under a Black Hawk US Airforce helicopter, being airlifted over the stunning Okavango delta. What a moment.

What a story of hope and extraordinary effort to save one or two rhinos from racing towards extinction. There is always such a huge difference between doing nothing, and doing something, and in these scenes, we’re definitely doing something.

The story of these two rhinos started when we reintroduced them to the Okavango and during a low flood they wandered off to escape fires and drought. They found the perfect island, paradise. But a few months later the normal flood arrived and they were cut off. Mother and calf isolated on an island with a limited supply of grass. We debated whether to intervene or not. It was a short discussion. With the stakes so high for rhinos now, we had to move. But floating two rhinos across a flowing river was too risky, so we ordered in the only helicopter that could do the job. I hope you enjoy the short film we made about this rescue.

It’s appropriate to be saving rhinos on World Rhino Day, but it is also fitting to honour those who help rhinos. We have a program called Name a Baby Rhino, the funding from this has been critical in allowing teams of monitors to stay at their posts and protect rhinos. With just over 60 babies having been born to the adults we reintroduced via Rhinos without Borders, the numbers are encouraging but limited when it comes to naming a baby. Just recently, a dear friend of ours, someone hugely admired and loved industry-wide, Angela Sacha from Journeys by Design, suddenly passed away. She had encouraged her team to donate to moving rhinos and we spent many hours discussing real philanthropic travel. So today we want to gift Angela a named rhino, a young female born just recently, in her name.

As you watch this video this week, you’ll notice the song is bitter-sweet, in the same tone as saving rhinos and naming baby rhinos for someone departed is. The partners and sponsors of this latest rescue are Reclaimed Earth and Part Time Rangers, invaluable and steady supporters, thank you. There is no end to the capacity and willingness of people to do something good for Nature that is not capable of voicing a thank you, and this part of us is humanity at its finest. But the thank you is there in the almost imperceptible squeak of a young rhino, the rumbles of elephants and the call of lions.

We wish young Angela a safe and protected journey through life this World Rhino Day.

By way of a postscript, after I finished this note today, this short video arrived in my mailbox. Some of our team decided to make their own video for World Rhino Day! Wow. I sense the beginnings of a movement!